Long ago in the 1960’s, the ancient art of story had almost disappeared in London. But Georgiana’s mum told her a LOT of stories. 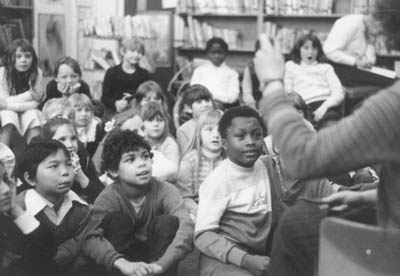 At 15 she started storytelling in London with Ben Haggarty.

Georgiana focuses on: story and nature, story and language, story and walking. She tells a lot for children, often outside, walking and playing. She was inspirational in the setting up of storytelling education at OsloMet. In 2002 she started the group Fortellerhuset, in 2004 founded theNorwegian Storytelling festival and received the Espen Award from the festival. Fortellerhuset opened a storytelling arena, report in Norwegian: Forskningsrapport FortellerRom.

In 2015 Georgiana received the Oslo Artists prize for her outstanding contribution to the artistic life of Oslo. In 2018 she took initiative for The Storytelling Radio which broadcasts interviews with new storytellers each week – podcasts available on Itunes, Spotify and here: FortellerRadio – The Storytelling Radio

Hear Georgiana talk about Storytelling from the Cosmic Lighthouse:

Storytellings a load of rubbish